A Rumor That’s Panning Out!!

Posted on October 8, 2014 by SGVAUG BlogMaster

According to a post from Andrew Cunningham on Ars Technica: 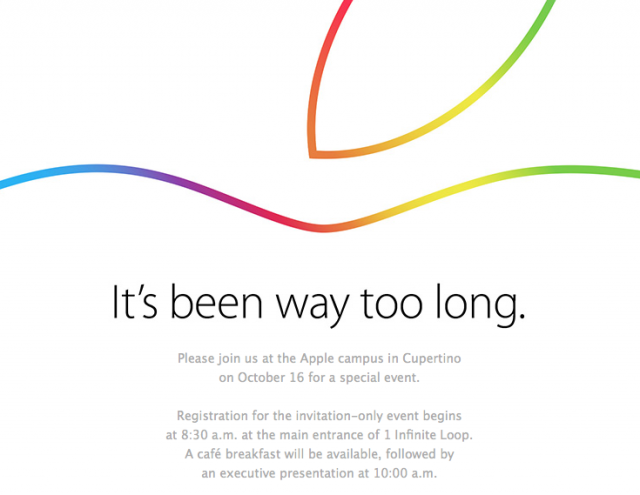 If the rumor mill is to be believed, new iPads will be the headlining item for the event, and we’ll also supposedly be getting the public release of OS X Yosemite. Both the iPads and Yosemite will reportedly be accompanied by iOS 8.1, the first major update to iOS 8. Other rumors also suggest…