Dan Goodin posted a rather scary article on Ars Technica, just in time to ruin lunch!

Macs older than a year are vulnerable to exploits that remotely overwrite the firmware that boots up the machine, a feat that allows attackers to control vulnerable devices from the very first instruction.

The attack, according to a blog post published Friday by well-known OS X security researcher Pedro Vilaca, affects Macs shipped prior to the middle of 2014 that are allowed to go into sleep mode.…

Gack!! We’re all gonna die, right? Well, eventually, but not over this exploit. Apple will come out with a fix (won’t they?), but until then, it’s quite simple: don’t let your Mac go to sleep. And here’s how to make sure that happens, even if you leave your Mac on for long periods of time.

Click on the Apple menu (in the upper left hand corner of the screen), scroll down to System Preferences…, and click. The System Preferences window will open; it will look something like this, depending on what version of OS X is installed and what third-party utilities you’re using: 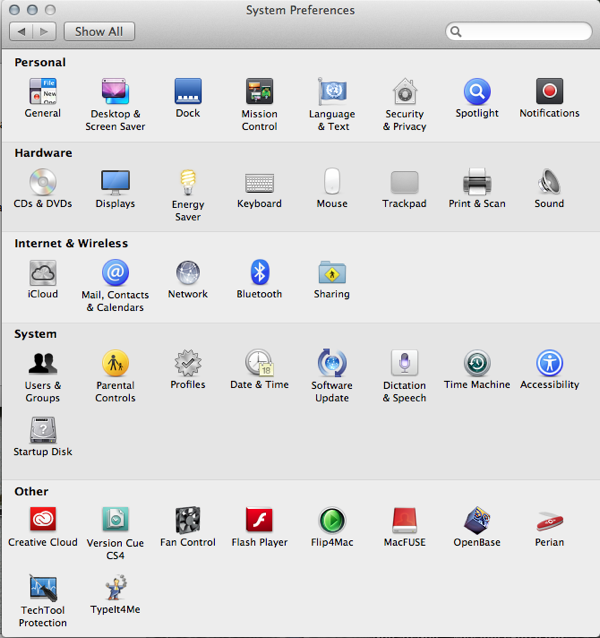 Next, click on Energy Saver (which is in the Hardware row). It will look something like this, again depending on your Mac and its setup (I’m working on a MacBook Pro; desktop Macs won’t have the Battery/Power Adaptor choices, for one): 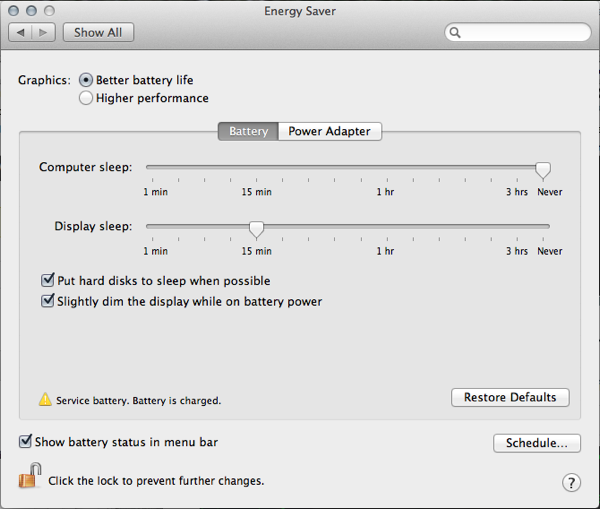 Next, drag the Computer sleep slider all the way over to the right, to Never. Do it in Battery and Power Adapter if you use a MacBook. MacBook users take note: disabling sleep can encourage your battery to need a charge faster if your ’Book isn’t plugged in.